Skip to Main Content
It looks like you're using Internet Explorer 11 or older. This website works best with modern browsers such as the latest versions of Chrome, Firefox, Safari, and Edge. If you continue with this browser, you may see unexpected results.

Explore more information about the authors coming to KVCC. 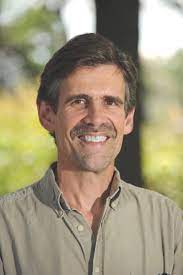 Tom Montgomery Fate is a professor emeritus at College DuPage in Glen Ellyn IL, where he taught creative writing and literature courses for more than 30 years.  He is the author of six  books of creative nonfiction, including The Long Way Home: Detours and Discoveries, a travel memoir (Ice Cube Press, 2022), Cabin Fever, a nature memoir (Beacon Press), and Steady and Trembling, a spiritual memoir (Chalice Press). A regular contributor to the Chicago Tribune,  his essays have appeared in the Boston Globe, Baltimore Sun, Orion, The Iowa Review, Christian Century, Fourth Genre, River Teeth, and many others.  Dozens of his essays have also aired on NPR, PRI and Chicago Public Radio.

Tom Montgomery Fate reading a piece about his mother on the Collegeville Institute YouTube channel. (2020).

Video on the Terrain.org YouTube channel of a Tom Montgomery Fate essay with image accompaniment by Dwight Irwin 2014).

Read the full announcement and view information about other upcoming speakers here. 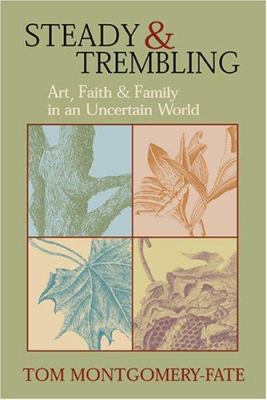 Steady and Trembling calls to mind both the narrative artistry of Annie Dillard and the theological ruminations of Kathleen Norris. In a lyrical voice, it explores questions of faith and life with rare emotional complexity: How does one learn to be creative rather than only productive, to search for meaning rather than marketability, to belong to nature rather than control it, to live in awe rather than on autopilot? From his home in a Chicago suburb, Tom Montgomery-Fate, the father of three children, demonstrates how one might weave a family and a faith into something that is both creative and sustaining, into the art of daily life.